A cross between New Orleans and the Caribbean, decreed my daughter. What I imagine Cuba would be like, noted my son. Streets and doors like San Miguel de Allende, opined my husband, but maybe more like San Juan. As for me, I was thinking sort of like Dubrovnik with Afro-Latino overtones.

These were our shallow observations in our first few hours in Cartagena, Colombia. I always find it kind of obnoxious when people (including us) blather on about what a place reminds them of, as if they (we) are so well traveled that they have to compare and contrast each new place with somewhere they’ve already been rather than just appreciating it for what it is itself. Yet we all found ourselves exclaiming time and again how Cartagena reminded us of so many other places, and perhaps this makes sense at first glance.

Cartagena de Indias was founded on the Amerindian north coast of what is now Colombia by Spanish conquistadors in the early 1500s. With its well-protected location on a Caribbean bay, Cartagena became a critical port for all the riches the Spanish were carting out of South America; ships from Peru and Ecuador stopped here to receive additional goods from Colombia, then continued on to Cuba and Puerto Rico before sailing to Spain with all their seized treasure. These ships full of gold and silver and the prosperous young city attracted a long string of pirate attacks, leading to the building of one of the largest fortifications and walled cities in the Americas.

Cartagena’s development was aided greatly by the dubious honor of becoming one of the busiest slave ports in Central and South America. The slave trade further enriched the Spanish conquerors, and stately mansions with deeply colorful stucco and stone walls, tall windows and doors, and flowery balconies sprang up in a series of cobblestone streets and small parks in the Old City.

Cartagena eventually became one of the first sanctuaries for freed African slaves, who lived alongside the indigenous residents and European conquerors, creating a delicious stew of ethnicities and cultures. Indians, Hispanics, and Africans mix here in a steamy Caribbean setting, and the buildings, food, music, and culture in general reflect centuries of cross pollination. 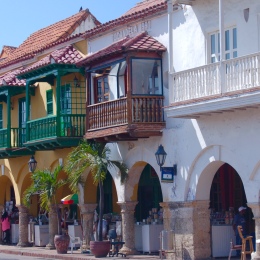 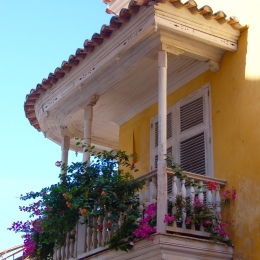 Today, dozens of indigenous ethnic groups remain, along with several million Afro-Colombians and some 30 million mestizo (European-Amerindian) inhabitants. Getsemaní, the city’s oldest area, where we stayed, was the original home of Africans brought as slaves and later the home of a large Cuban population. The colonial Old City looks more European, but is also home to a fusion of people, homes, and businesses. 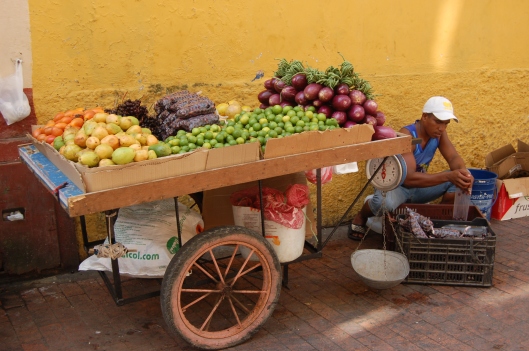 In the end, we appreciated this walled city of cobblestone streets, artfully crumbling colonial architecture, and masses of trailing bougainvillea for its own charms. It is simultaneously seedy and enchanting, suffocating and breezy, old world and trendy. 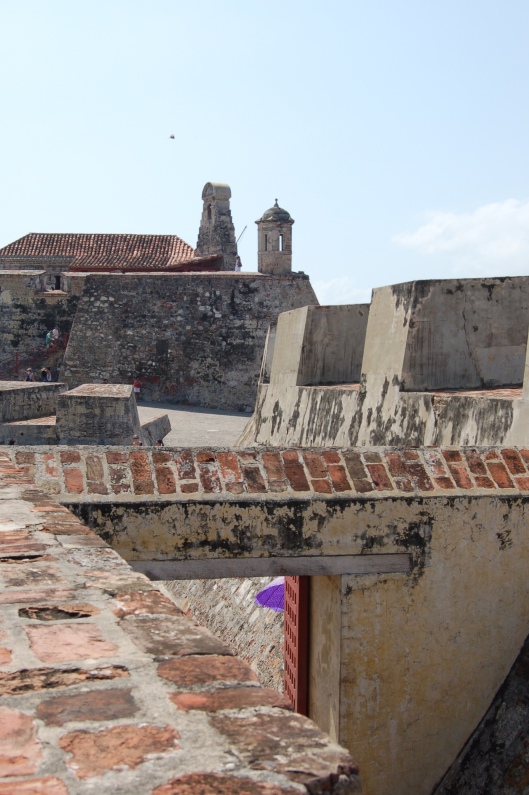 Is it any wonder we all likened the city to so many different kinds of places? Cartagena does look and feel like other Latin American colonial cities like San Miguel de Allende and San Juan, and it has the balconies, decadence, and Afro-European fusion of New Orleans. Its Cuban population adds both Latino and island flavor, and the city walls certainly evoke other fortified cities like Dubrovnik. By the end of our time there, however, we concluded that all the comparisons were unnecessary and unfair; Cartagena is a unique little place of its own and well worth a visit.